RingCentral and Avaya | a Partnership for Global UCaaS Dominance?

The tides of telco shift mightily as one of the last lumbering giants of telecommunications, Avaya, partners with the industry’s reigning superstar, RingCentral. In the agreement, Avaya will resell RingCentral’s services under the name Avaya Cloud Office by RingCentral. As part of the deal, RingCentral will take a 6% stake in Avaya, and Avaya will hold a 3% stake in RingCentral.

RingCentral and Avaya will jointly develop programs to leverage Avaya’s global sales and partner network, as well as build automated technologies for seamless customer transition to RingCentral’s global UCaaS solution. With over 100,000,000 end users using an Avaya Phone System worldwide, the opportunity to help millions of businesses transition to a modern cloud-based phones system through a “seamless automated migration path” seems like an incredible opportunity for both RingCentral and Avaya. In a marketplace flooded with options for Business Cloud Phone Systems, Avaya made it clear that they had no interest in developing a solution that would become yet another brick in the wall. So rather than developing their own solution, they chose to partner with the industry leading solution, mitigating the possibility of losing out on the seemingly inevitable migration of a customer base littered with aging on-premise hardware and looking for a solution.

While there have been several acquisitions (ie. Mitel acquires ShoreTel) over the years, there have been far fewer cases where one vendor has chosen to partner with another while remaining entirely independent, so the model is relatively unproven. Only time will tell…

The Effects on Clients Using RingCentral and/or Avaya

What is important here is not RingCentral’s ability to sell more RingCentral, and it is not that Avaya now has an answer for what their “cloud strategy” is. As always, the most important question is how will the end users of Avaya, and even RingCentral be affected? For starters, if the two vendors are able to make the integrations and paths to migration as seamless as they are promoting, this should lead to happier clients with higher user adoption metrics and fewer headaches associated with migrating from a legacy on-prem phone system to a cloud-based system. Unlike the more common scenario where one vendor acquires another, nothing will change for customers of RingCentral or Avaya immediately. In fact, the opposite is true. Because Avaya is now partnered with Ring, their customer base now has a proven Cloud Phone System to migrate to that will not come with the inevitable pitfalls and oversights that would have come up had Avaya chosen to develop their own solution. For clients using RingCentral, the rise in capital to invest in R&D will continue to improve an already premier UCaaS solution.

Will Avaya Phones work with the RingCentral Platform?

The Avaya & RingCentral partnership opens massive opportunity for both parties, however, the elephant in the room is this: will Avaya phones actually work within a RingCentral environment. While no definitive answer has been given, the response we have heard is that joint development will take place in order to make this possible. Of course, this is a vague PR-delivered answer, but if accomplished, it is great news for organizations who have invested in Avaya for their communication system. The investment necessary to replace all the desktop phones across your organization can be a significant financial burden. The truth is, this will not be an easy task, as Avaya supports a wide variety of desktop phones. In fact, on the list of “Proprietary Phones that DO NOT work with RingCentral”, Avaya is right in the middle, along with other industry giants such as Mitel, NEC, and others. In an effort to differentiate themselves from each other, manufacturers often roll their own proprietary protocols and signals to the phones. Some serious engineering will need to take place in order to achieve the goal of migrating a current Avaya system to RingCentral without replacing the current desktop hardware (if that is the goal of the customer). For this to work, all desktop phones must be SIP-capable and compatible with the specific UCaaS provider. While many models of Avaya phones are SIP-capable, they are not compatible with UCaaS providers at this point in time.

Why Avaya Customers will Love RingCentral

While the effects of this partnership are yet to be determined, one thing is certain. There are big things to come in the industry of enterprise communications, and we are all excited to see where this next chapter will take us. Will this partnership set a new precedent for alliance vs acquisition, and what does that mean for the overall UCaaS Market? For more information on the partnership see the links below:

RingCentral is NOT a Phone System!

As a species, we desire the feeling of connection, to each other, to our teams and to our communities. Evolving technology is playing a larger and larger part in fulfilling this need beginning with letters and telegrams, and now evolving to real-time communications like phone calls, messaging and video chat. As a consumer today, we expect to be able to easily connect to our friends and loved ones at little to no cost. The surprising reality of this revolution in communications is that despite the opportunity for huge productivity gains enterprise solutions haven't kept up. The majority of businesses are just now scratching the surface of this amazing technology.

END_OF_DOCUMENT_TOKEN_TO_BE_REPLACED 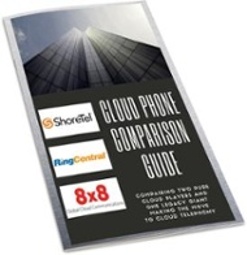