Home : MPLS Replacement : Why it Sucks to Work with Carriers Part 1

Why it Sucks to Work with Carriers Part 1

Dial Tone Carriers and Internet Service Providers (e.g. Comcast, CenturyLink, Frontier, Integra, etc.) are necessary evils in the world of IT Directors, CIO’s and Telecom Managers. Every business relies on connectivity, but at the same time they hate the people who provide their connectivity. On their list of “Vendors We Wish We Could Fire,” carriers are at the top. Too bad they can’t.

But in a way…what if they could? A lesser known alternative solution, called “Connectivity as a Service” has started to evolve to replace direct carrier relationships, improve the support experience drastically, and introduce value-added services. But first, to remind you of how much it sucks to work directly with carriers, here is a partial list of what your carriers will do to piss you off if you stick with the traditional model:

The Carrier will Lie to You

Your carriers will lie to you so frequently that they make Pinocchio look like Honest Abe. It starts in the quoting process when they tell you the Fiber circuit costs one price, just to invoice you for another price. I recently deployed three Internet circuits for a client of mine. The orders included one CenturyLink DSL, one Frontier DSL and one Frontier Fiber. All three invoices had blatant discrepancies when compared to the quote, discrepancies that would have resulted in $1,512 in additional cost if I hadn’t yelled at the carriers on behalf of my client. What are the chances of all 3 circuits being overbilled?? With carriers…pretty high actually. And good luck getting it corrected post-sale, since your carrier rep no longer works there.

Carriers will also tell you that you’re stupid if you deploy “best effort” Internet circuits such as DSL, coax or shared fiber. They will tell you manipulatively, “You definitely need dedicated bandwidth, Mr. Customer! You wouldn’t trust ‘best effort’ circuits to run your business, would you (you idiot)?” Of course, the carrier wants to sell the circuit that costs 5x as much. The reality is that the quality of commodity-grade Internet circuits has dramatically increased over the years, and when paired with an SD-WAN solution, the reliability and speed surpasses that of a single circuit with dedicated bandwidth.

Finally, the carrier will tell you they can “service” all your locations. Multi-site organizations need to source connectivity at all their locations. These locations are often spread across multiple regions or states, and therefore spread across multiple carrier footprints. When this is the case, a single carrier who “services all your locations” is required to source last mile infrastructure from other, more local carriers and then mark it up to you. So maybe they can bill you for all your locations, but the performance of your WAN is dependent upon unmentioned 3rd parties, and you pay a premium for it.

The Carrier will Fail to Follow Through for You

The carrier’s actions are just as unreliable as their words. The only two things you can depend on are 1) Your carrier will fail to show up for at least one site survey and 2) They’ll show up randomly for a site survey without any notice. One of my clients deployed three new fiber circuits through CenturyLink. Three site surveys were scheduled for the same day, requiring three customer contacts to travel to rural locations to meet the CenturyLink tech. Apparently, the site surveys were canceled without anyone being notified, and no CenturyLink techs showed up. It wasted everyone’s time, and I was pissed to see my client treated this way. It’s unprofessional and completely unacceptable. Yet we accept it all the time because we don’t think we have any other options.

The major carriers you know and love to hate are large corporations with tens of thousands of customers and millions of dollars in monthly revenue. They operate as bureaucratic machines, and they don’t give a damn about you. You are a number, not a human. You are a project, not a person. They reveal this fact in the big ways when they royally screw the pooch on your port, but also in small ways when they immediately forget about your quote request until you follow up with them two weeks later, or when they keep you on hold for an absolute minimum of 22 minutes.

When Comcast has an outage, every business in your entire area is calling in at the same time and, of course, you are #17 in line. Chat support and email support are alternatives, but if the downed circuit is your PRI, or your VPLS, chat and email won’t cut it. You’ve got to get on the phone and yell at someone. But not yet. For now, enjoy the hold music and Xfinity Triple Play advertisements. You still have 21 more minutes to go.

These are the types of customer service experiences that make you feel unimportant as a client. They reveal that as a client you are just as disposable to the carrier as last month’s DSL promos.

The Lesser Known Alternative to Working with Carriers

Did I already say this? It really sucks to work with carriers. They often aren’t honest; they’re incapable of following through, and they have too many other priorities to genuinely care about your business. So, fire them. Replace your direct carrier relationships with a new and better solution called “Connectivity as a Service.”

Read Part 2 of Why it Sucks to Work with Carriers to learn how to resolve ISP  issues, improve bandwidth for your organization and generally be more satisfied with your business Internet. 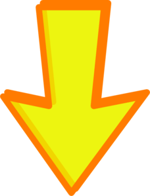 Next Article: Why it Sucks to Work with Carriers Part 2